If there’s one thing I’d like to echo from Giles Coren’s mixed-to-positive review of Aumbry in the Times the other week – and believe me, there are few things of his I would ever want to echo – it’s that their treacle tart is awesome.

On my first visit in February I was relatively underwhelmed by the puddings and wondered whether the kitchen lacked passion for the sweeter parts of the menu. But second time round I ate this mini-masterpiece: a skilfully-made pie with tart lemon jelly and a deep frothy warming cup of Earl Grey cream tea on the side. It more than proved me wrong.

It was the balance that was so exceptional. I’ve had better desserts this year* but I can’t think of any that was so well-conceived. The marriage of flavours was wonderful and all my dining companions agreed. My dad claimed it was the best sweet he’s ever had.

The other big highlight from the six-course tasting menu was the potato and wild garlic soup, which swung bag after bag of flavour at my grateful tastebuds. When you get soup of this quality, it makes you want to question why higher-end restaurants don’t do it more often. Done right it can be such a beautiful thing; here, with a glass of chardonnay on the side, it was.

Head chef Mary-Ellen wasn’t in the kitchen this evening but there appeared to be no adverse effect on the food being produced – certainly there were none of the technical errors Coren wrote about. I wanted more from the slow-cooked wood pigeon dish, which seemed to lack the usual Aumbry wit and needed another element to lift it, but the cooking was faultless. I was particularly impressed by the accompanying chicory, a bitter leaf which has murdered many a game bird in its time but was held firmly in check through careful braising.

Here’s the menu with pictures. My dad and I also shared a cheeseboard at the end. 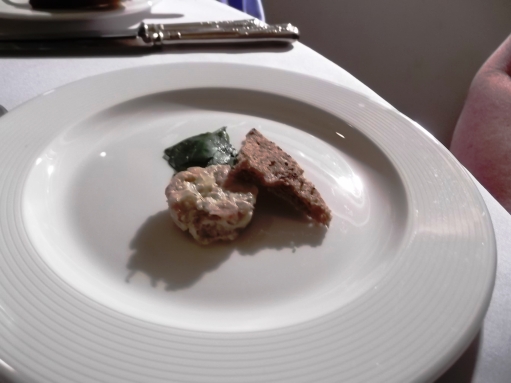 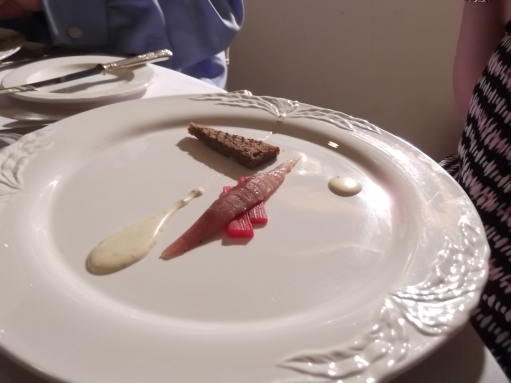 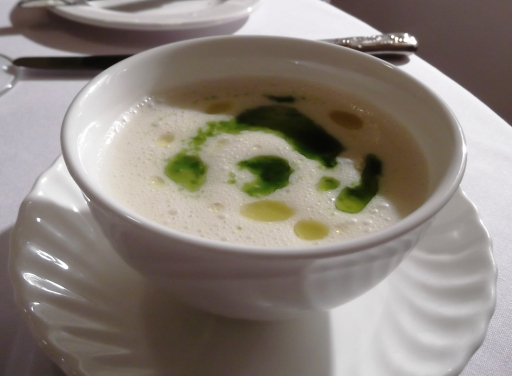 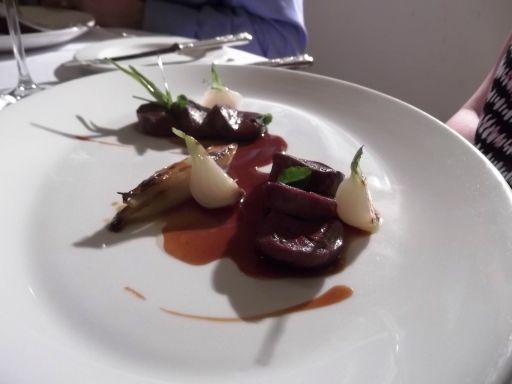 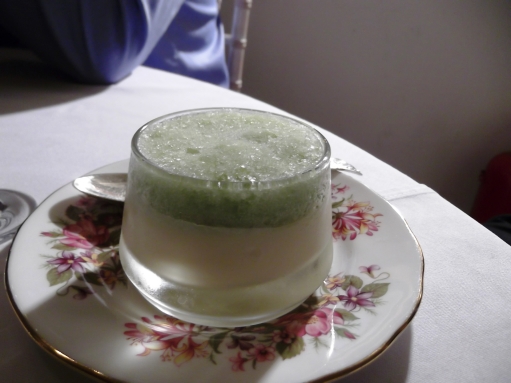 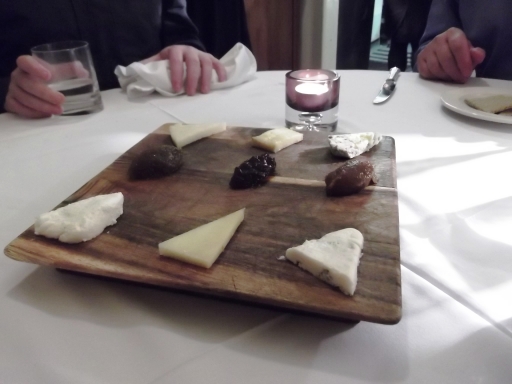 After February’s meal I declared Aumbry to be the best restaurant in the county. Eating there four months on with my family in toe, there was nothing to make me want to rescind that statement.

Admittedly, I wasn’t quite as thrilled by the experience this time round. Greater familiarity with the menu (I’d hoped for more change between the two visits), staff who kept dropping things (spilling a glass of wine all over our table was probably the worst of the half dozen or so slip ups) and a random diner who kept looking at me like she wanted to stab me in the face all helped to dampen the magic.

Nevertheless, it was still a top meal, better than any other restaurant has given me for about four years round these parts. I’ll look forward to going back.

*These superior desserts would be the ones I had at The Square and The Ledbury, so it’s not really a fair fight. If there’s a pudding better than Aumbry’s treacle tart in Greater Manchester right now, I’d love to know about it.

I’ve not been very well this weekend, so my wife made me this: 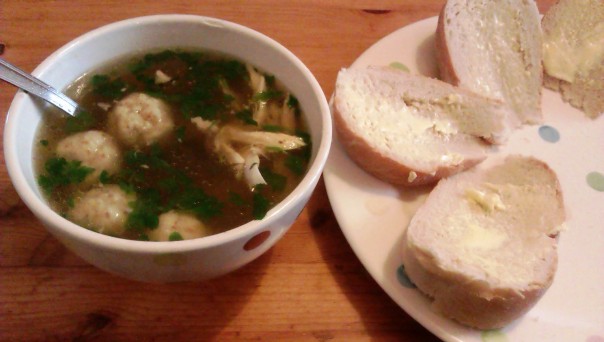 It’s times like this I feel I’ve won at life.